Carole Cadwalladr is a journalist for the Guardian and Observer in the United Kingdom. She worked for a year with whistleblower Christopher Wylie to publish her investigation into Cambridge Analytica, which she shared with the New York Times. The investigation resulted in Mark Zuckerberg being called before Congress and Facebook losing more than $100 billion from its share price. She has also uncovered multiple crimes committed during the European referendum and evidence of Russian interference in Brexit.

Cadwalladr’s work has won a Polk Award and the Orwell Prize for political journalism, and she was named a Pulitzer Prize finalist for National Reporting in 2019.

James Farrar, the man who sued and won Uber on workers rights 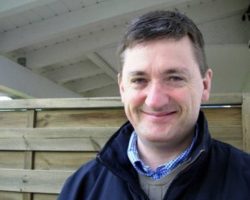 James Farrar Founder of Worker Info Exchange, a start-up non profit organisation campaigning for data access and digital fairness at work. The goal of the organisation is to help information workers in the gig economy and beyond to access, analyse and act on insights gained from their personal data collected and processed at work.

James became famous for the UK labour law case, concerning the scope of employment rights in regards to temporary work for Uber drivers. Uber drivers won the right to be classed as workers rather than self-employed. The ruling by a London employment tribunal means drivers for the ride-hailing app will be entitled to holiday pay, paid rest breaks and the national minimum wage. The decision was described as a “monumental victory” for some 40,000 drivers in England and Wales

On March 21st, the Worker Info Exchange issued a pre action protocol letter to Uber demanding they comply with the four drivers’ outstanding subject access requests within 2 weeks. Uber asked for an extension until April 19th. On April 19th Uber did provide a significant volume of raw data  but failed to materially comply with the subject access request.

Audrey Tang, the Digital Minister of Taiwan and a forerunner of data rights

Audrey Tang is the Digital Minister of Taiwan. She is known for revitalizing the computer languages Perl and Haskell, as well as building the online spreadsheet system EtherCalc in collaboration with Dan Bricklin.

In the public sector, Audrey served on Taiwan National Development Council’s open data committee and K-12 curriculum committee; and led the country’s first e-Rulemaking project. She was invited to join the cabinet as Digital Minister on Oct 1st 2016. In the private sector, Audrey worked as a consultant with Apple on computational linguistics, with Oxford University Press on crowd lexicography, and with Socialtext on social interaction design.

Mikko Rusama, the first Chief Digital Officer at the City of Helsinki and advocator for MyData Operators 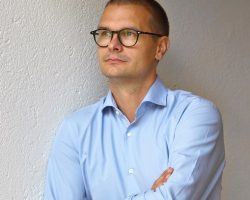 Mikko Rusama is the first Chief Digital Officer (CDO) at the City of Helsinki and Chairman of the Board at the Forum Virium Helsinki, the City’s innovation company. Helsinki’s vision is to be the world’s most functional city that makes the best use of digitalisation. Mikko is heading Helsinki’s digital transformation. His task is to advance utilisation of digitalisation in the City organisation, produce digital reforms essential to the implementation of the City Strategy and manage the related processes of change.

Mikko has more than 20 years of versatile experience within the development of digital services and products, mainly in the media, games and public sectors. Earlier he held the position of CDO at Finland’s national broadcasting company Yle. In addition to Yle, Mikko has worked for companies such as Sanoma, Sulake, European Game and Entertainment Technology and Codetoys.

Alexander Stubb, the Vice-President of the European Investment Bank and former Prime Minister of Finland 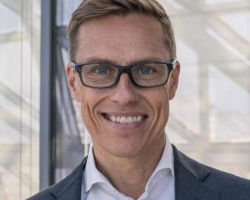 Alexander Stubb the Vice-President of the European Investment Bank since August 2017. He served as Prime Minister, the Finance Minister, Foreign Minister, Trade and Europe Minister of Finland. His background is in academia and civil service, with a focus on EU affairs. He was a member of the European Parliament from 2004-2008, a government minister from 2008-16, a member of parliament from 2011-2017 and chairman of the National Coalition Party from 2014-16. He is also the non-executive Chairman of the Board of Crisis Management Initiative (CMI), founded by Nobel Peace laureate, President Martti Ahtisaari.

Katryna Dow, a pioneer of personal data rights and one of the Top 100 Identity Influencers

Founder and CEO of Meeco

Katryna Dow is the Founder and CEO of Meeco; a personal data & distributed ledger platform that enables people to securely exchange data via the API-of-Me with the people and organisations they trust. Katryna has been pioneering personal data rights since 2002, when she envisioned a time when personal sovereignty, identity and contextual privacy would be as important as being connected. Now within the context of GDPR and Open Banking, distributed ledger, cloud, AI and IoT have converged to make Meeco both possible and necessary.

For the past three years, Katryna has been named as one of the Top 100 Identity Influencers. She is the co-author of the blockchain identity paper ‘Immutable Me’ and co-author/co-architect of Meeco’s distributed ledger solution and technical White Paper on Zero Knowledge Proofs for Access, Control, Delegation and Consent of Identity and Personal Data. Katryna speaks globally on digital rights, privacy and data innovation. 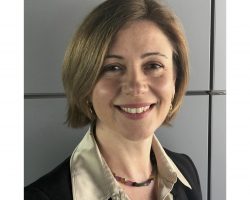 Dr Clara Neppel, the Senior Director of the IEEE European office, responsible for the growth of operations and presence in Europe

Dr Clara Neppel is the Senior Director of the IEEE European office in Vienna, where she is responsible for the growth of IEEE’s operations and presence in Europe, focusing on the needs of industry, academia, and government. She serves as a point of contact for initiatives with regard to technology, engineering and related public policy issues that help implementing IEEE’s continued global commitment to fostering technological innovation for the benefit of humanity.

Dr. Arathi Sethumadhavan, a Senior Design Research Manager in the Ethics and Society organization at Microsoft 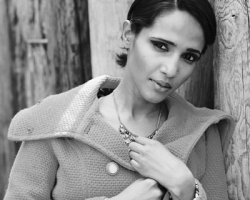 Dr. Arathi Sethumadhavan is a Senior Design Research Manager in the Ethics and Society organization at Microsoft. Her passion lies at the intersection of emerging technologies and the human race. She has delivered more than 45 talks on human performance and is currently editing a book on Designing Technology for Health. She has won awards for her research from the American Psychological Association, the American Psychological Foundation, and the Human Factors and Ergonomics Society. 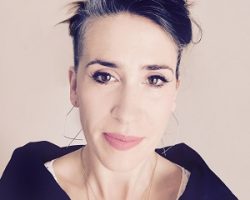 London based recording artist Imogen Heap blurs the boundaries between pure art form and creative entrepreneurship. Counting 5 Grammy nominations, winning one for engineering and another for her contribution to Taylor Swift’s ‘1989’, Heap also received an Ivor Novello Award, The Artist and Manager Pioneer award, the MPG Inspiration Award and an honorary Doctorate of Technology for her MI.MU gloves work: a ground-breaking gestural music making system.

In 2014 she envisioned a flourishing music industry ecosystem through Mycelia and released ‘Tiny Human’, the first song to use smart contracts on a blockchain.